Catalonia has been historically a fertile land of the co-operative movement and now is one of world’s leading regions in terms of solidarity economy which is in close touch with different social movements. This documentary highlights a number of such initiatives in Barcelona, such as healthcare, housing, incubator, bar, finance and culture, as well as XES (Catalan Solidarity Economy Network) which links such experiences.

Margaret Levi, Editor of the Annual Review of Political Science, talks with Elinor Ostrom. In this prefatory interview, Dr. Ostrom talks about her personal journey in academia, not only as a woman, but also as a non-traditional student who worked outside of academia before pursuing graduate work. She discusses her belief in collaboration and multi-disciplinary research, as well as her research in common-pool resources and governance.

In order to defend the importance of art and culture in society, citizens must be encouraged to actively participate for the benefit of their community.

The Commoning Culture mini-documentary was produced by Trans Europe Halles for the EU project Cultural and Creative Spaces and Cities (2018-2021). More information about the project at spacesandcities.com 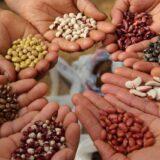